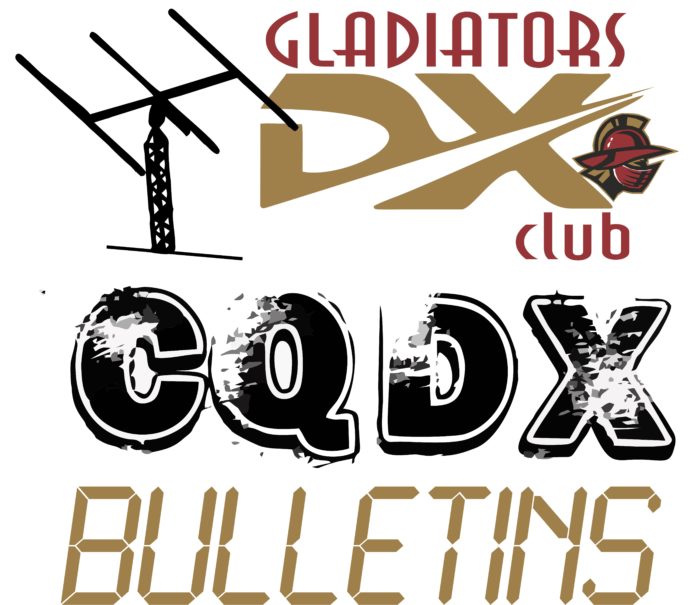 E51/s – South Cook Islands
Nigel Goldstone, E51SEA/ZL2SEA, says his power supply stopped working,
with smoke coming out.  The first word was that it will be about four
weeks until he can get back on the air with a new one.  But, he opened
up the power supply to investigate and found there was a fried lizard
inside.  The only problem seems to be a blown fuse and he should be
back on the air almost immediately.  He is in Rarotonga for a six-
month work assignment going to the end of November.  He likes the ANZA
Net on 14183.  https://anzadxnet.webs.com/ .  Nigel has an IG706MIIG,
100 watts, to an end fed wire for 40-10, though he says he is on 40,
20 and 15 SSB.  For a card it’s eQSL or LoTW.

3D2 – Fiji
The Rebel DX Group website announces “The Rebel catamaran is ready to
set sail. Graham, Tack, Taddy and Dom are in 3D2 Fiji making last
minute preparations with licenses and permissions in hand. Once the
Rebel Team “weigh anchor” [they] will make an announcement [t]here
with the expected dates, operating frequencies and the location of
[their] first stop! Stay tuned!” As stated we don’t know officially
where they are going, however remember they have recently announced
they have recently obtained the 3D2CR (Conway Reef) and T33T (Banaba
Island) licenses and are planning to activate both in 2019.

3D2/R – Rotuma
Earlier today 3D2AG, Antoine, announced on his page “The next 3D2AG/p
Rotuma DXpedition is on hold due to QRL but might happen soon”.

VP6 – Pitcairn Island
VP6R plans 6M operation from grid CG44ww on EME.  W8HC and W0VTT will
handle the moonbounce operations.  W7GJ passes the word, saying he
will be at home working them like everyone else, for an all time new
one on 6.  Due to team and gear changes, EME will only be on 6.  Lance
says the operation will be on October’s best days for EME, with
excellent moon windows to all continents, October 21-27 with moonrise
at 0915Z on October 21 a first opportunity.  They will have 1500 watts
output to a single 6M8GJ Yagi with elevation, fed with LMR600 coax,
mode JT65a with VP6R always transmitting first sequence, 50.200 MHz
with 1271 Hz offset (DF=0 on JT65a from WJST10.)  With elevation, they
will be able to match your moonrise or moonset if you have horizon
only capability.  All of their moonrises will be over the ocean.
Moonset has slightly rising ground to about seven degrees above the
horizon.  They will also monitor FT8 some and look for trans-
equatorial propagation openings.

3Y – Bouvet Island
The 3Y0I group are now planning another attempt for fall this year.
Bouvetoya.org.

HL – Republic of Korea
JJ1DQR, Yosuke, plans to be on the air from Busan June 8-10, callsign
HL5ZKL.

JD1 – Ogasawara
JD1 – Minami Torishima
Japanese “CQ Ham Radio” magazine reports JF7MTO is on Ioto Island,
part of Ogasawara, JF7MTO/JD1, staying until the end of the year.  His
work will sometimes take him to Minami Torishima also. Let’s hope he
can somehow inform the DX community when he goes to Marcus Island
(Minami Torishima).

JW – Svalbard
JW2PG from Bear Island, operator Erling Schjolberg, will start next
month, June, and go into November.  He will have an FT990 and a
kilowatt to a multiband dipole, 80-20 meter SSB.  QSL through the
bureau, he says.

EW – Belarus
EV0SD is a special callsign for the “European Games” in June.  The
dates of the radio operation are June 21-30.  QSL via EV1R.

F – France
For the FIFA Women’s World Cup of soccer there will be some special
ham callsigns on the air, TM57FF from June 7-22 and TM57FFC June 23 to
July 9.  QSL cards will be printed in September.

The Yasme Excellence Award, a cash grant and engraved crystal globe
this year goes to WP3R, Angel Vazquez, for his help in hurricane
recovery efforts and as an outstanding ambassador for Amateur Radio.
Second, to 9A5W, Nikola Percin, for advancing Amateur Radio in the
Croatia region.  He is a co-founder of the 9A1A group.